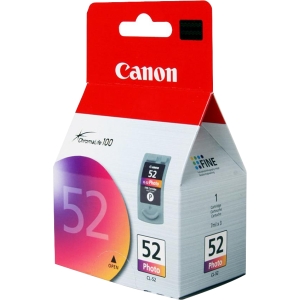 Cheap Remanufactured, refilled, recycle, compatible, generic, or used ink cartridges which usually have worn or defective part replaced using a combination of new and recycled parts from factories around the world. Don’t get suckered into trying remanufactured toners. They are cheap for reasons. The high failure rate and poor printing image do not worth the saving and hassle. You may end up with a buying a new printer.

If you are concerned about the printing quality and company image, always use genuine OEM toners. Read more about Why use genuine printer supplies?

There are no reviews yet, would you like to submit yours?

Be the first to review “Canon CL52 Photo Ink Cartridge 0619B002” Click here to cancel reply.